Sorts and Sort it Out!

Wild idea:
The Multi-award winning Sort it Out (or Sorts) board games. Winner of the USA Game of the Year (TOTY awards) in 2010 and distributed worldwide by University Games. 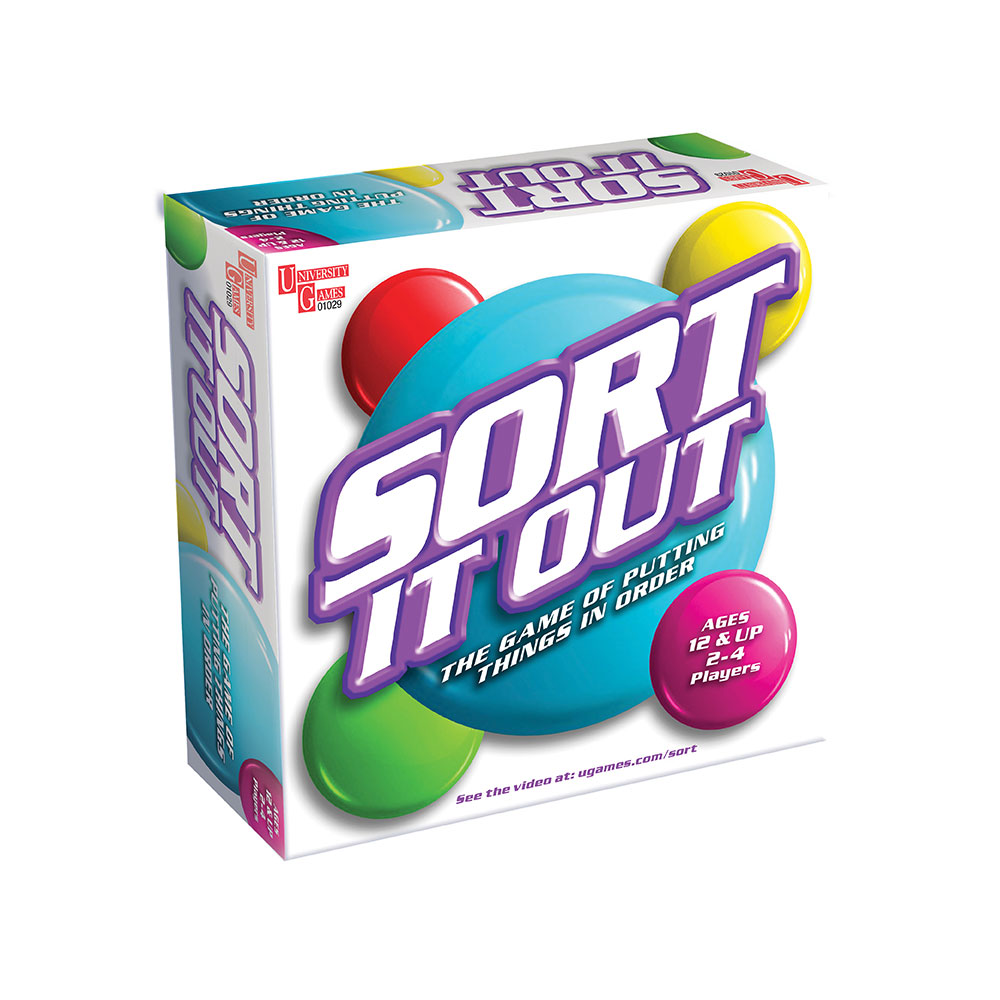 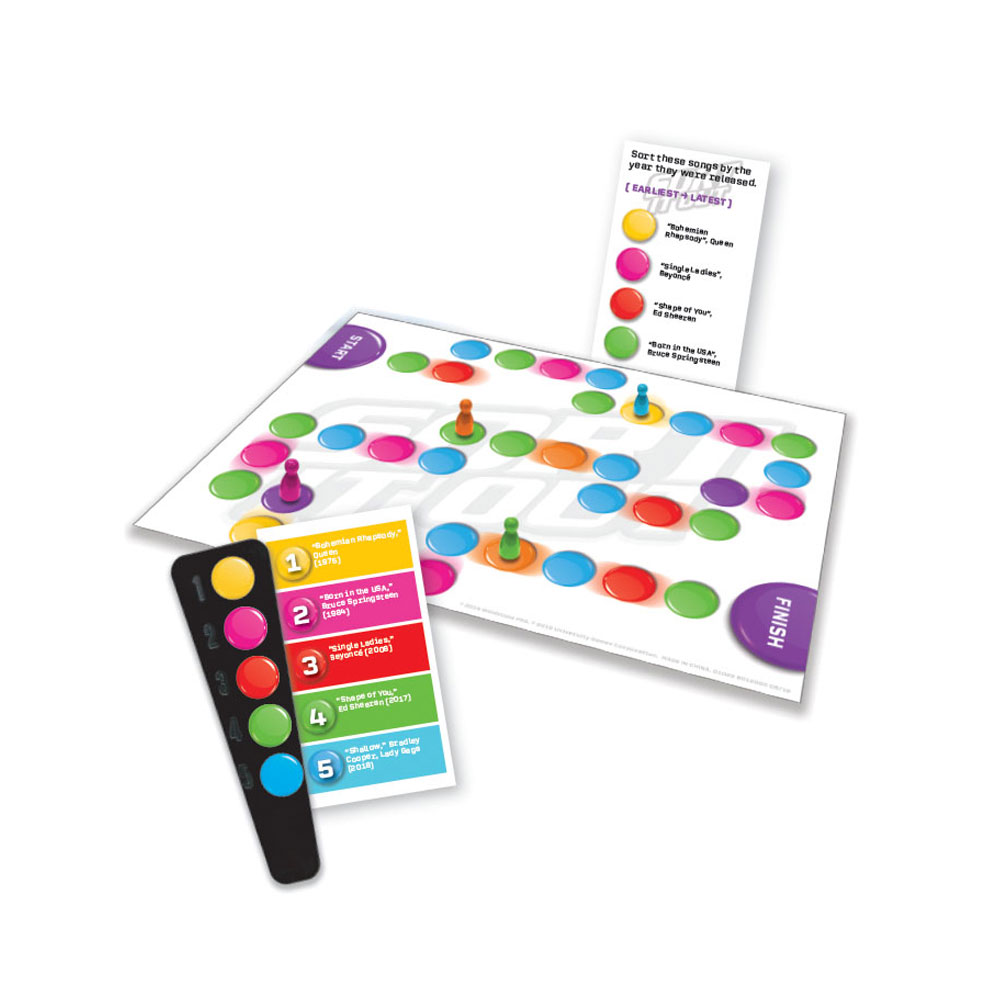 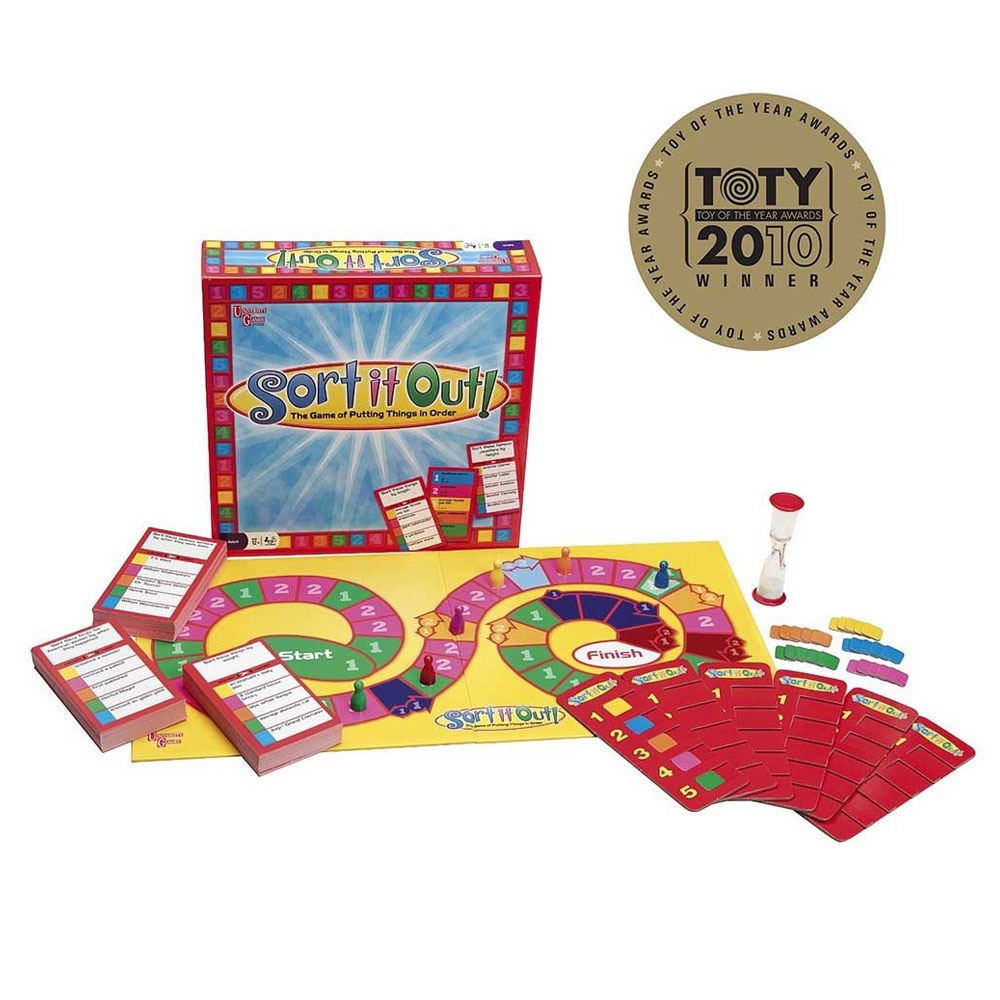 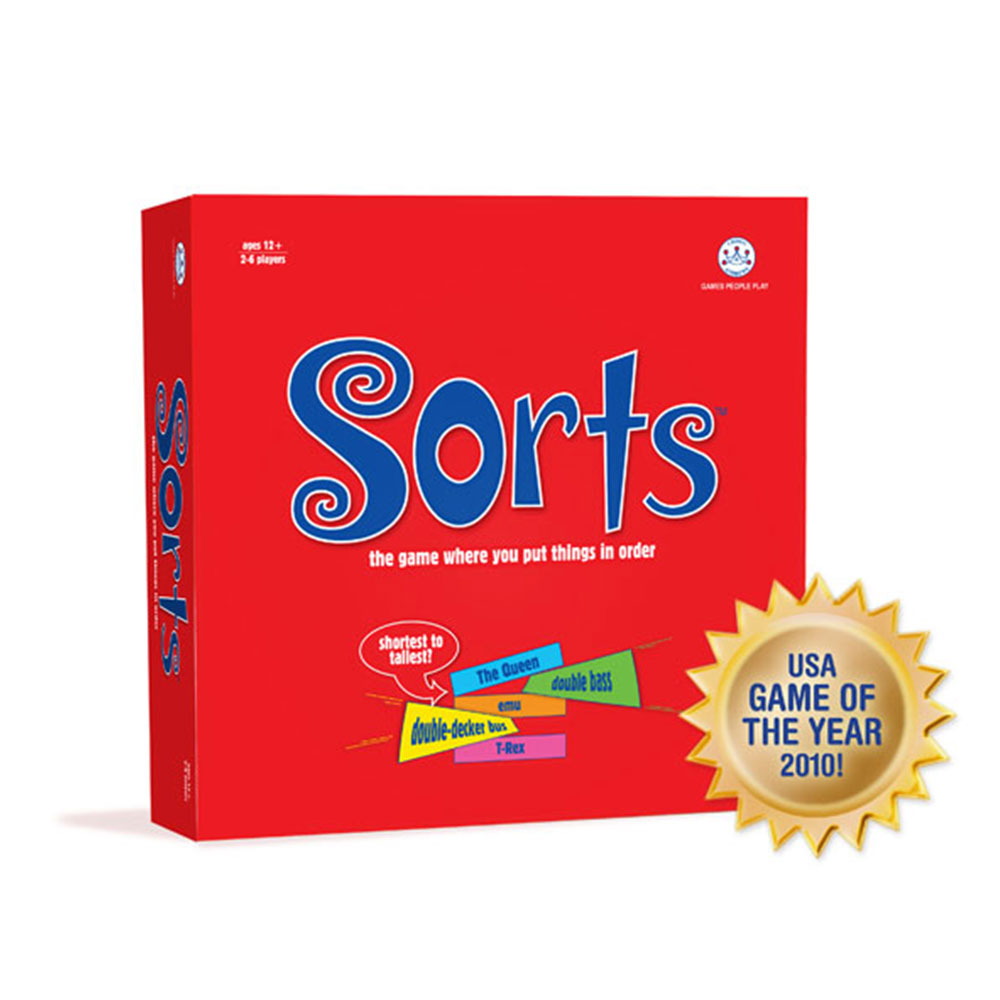 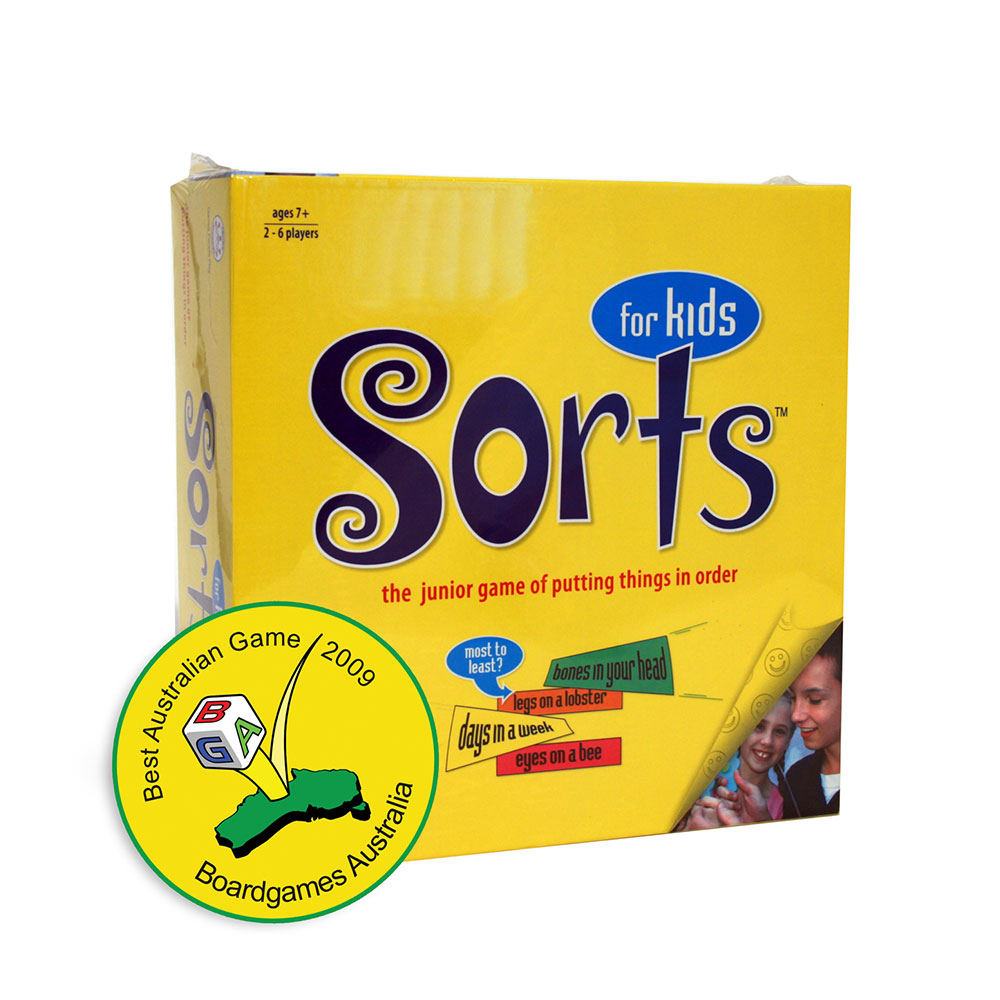 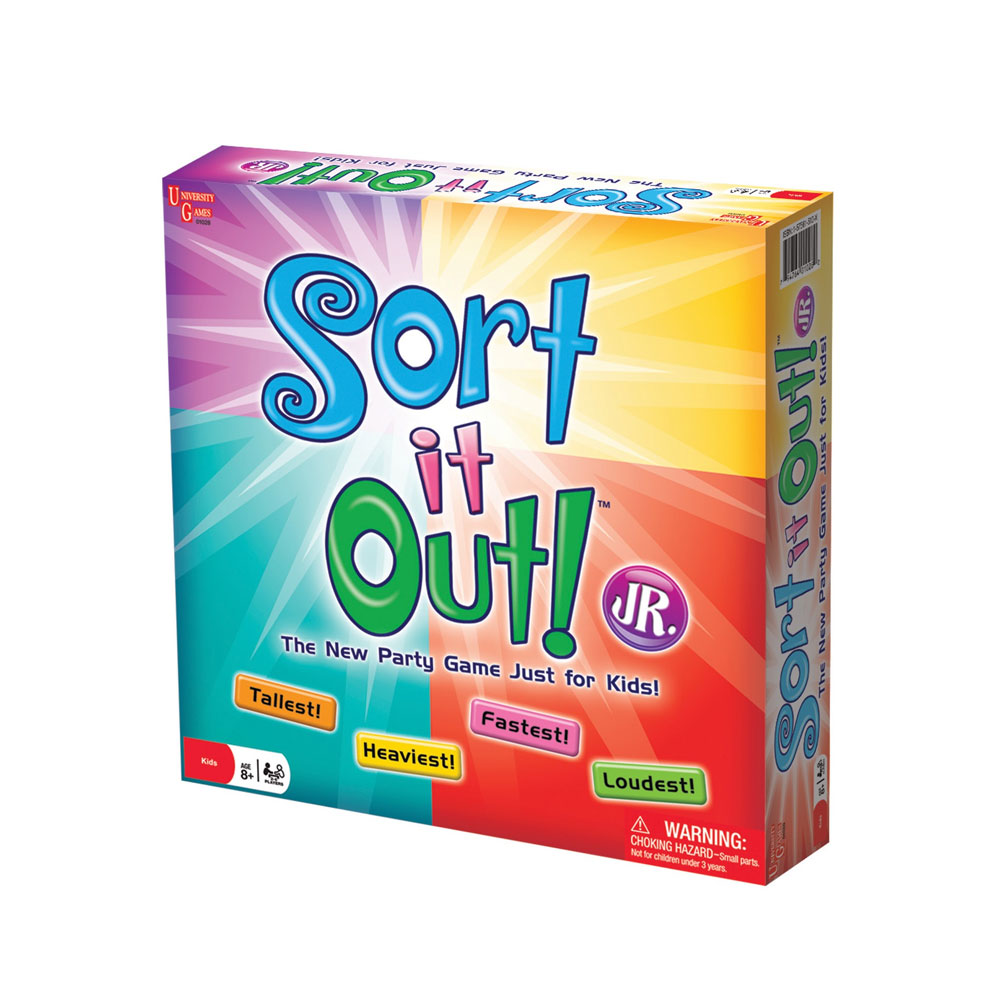 Here’s the latest TV Commercial from the UK:

Could you sort your favourite movie stars by their height or their age? What about by the number of husbands or wives they’ve had? Could you pick which animals have females called a cow, or that live in a den, or that lay eggs? And how would you go comparing the speed of a cheetah with a helicopter and a steam train? The game of Sorts is all about putting things in order.

This game grew out of natural desire and curiosity to compare things. It’s easy to compare things that are alike, but the interest is really piqued when you can compare things in different categories — like ‘order these from tallest to shortest — Kylie Minogue, a giraffe, a double bass, a double-decker bus and a telegraph pole’. Sorts for Kids was awarded the title of Best Australian Game 2009 in Boardgames Australia’s annual national awards.

Our USA version of Sorts, called Sort It Out! won 2010 USA Game Of The Year in the Toy Of The Year (TOTY) awards.

Sort It Out featured on The Caitie Diaries

And here’s another one of the commercials from back in 2010: